Why is staying organized so hard? Read on to find out.

How many times have you experienced this scenario?

You finally find the time and motivation to work on one of the spaces in your house that you’ve been meaning to get organized forever. You take a weekend, throw away a bunch of stuff, buy some cute bins to corral the items you want to keep, and maybe even share the before and after photos on social media where your friends “ooh” and “aah” over your transformation.

Yippee! You did it!

But then the next day, you notice that your newly organized space has a few “extras.” Your kids have left a few toys on the side table. Your significant other’s shoes are sitting by the chair. So okay sure, your family has made their mark on the space, but it’s still looking good! You live there, after all. It’s not going to look perfect all the time, right?

But over the coming days the clutter continues to creep in little by little, and in not much time at all, the space is looking a lot closer to that “before” picture you shared rather than the “after.”

You’re left frustrated, wondering how you could’ve spent so much time and effort, just for it all to become undone so quickly. And that stressful feeling that you were trying to get rid of when you organized your space? That’s back too.

So what gives?! Why in the world is it so hard to get our spaces organized and keep them that way?!

Well, can I tell you a secret? We can buy all the cute bins we want, but if we don’t change our habits, our rooms will never stay organized.

As a naturally scatterbrained person, I always wondered how people kept homes that seemed to be generally neat and tidy all the time when mine was always a train wreck. And the answer is that they have developed healthy organizing habits.

They always have an eye out for things that are out of place and straighten them automatically without even thinking about it. They finish their projects to completion instead of having bits and pieces of them laying around everywhere. They put things back where they go the first time rather than just dumping them in a pile to deal with “later.”

As I started picking up on these organizing habits and working to instill them in our own home and life, I quickly realized that this was the piece we had been missing. Yes, I needed to work on organizing our rooms, but we also needed to re-train ourselves to improve our habits in order to keep them that way.

Over the past several years as I’ve worked at organizing our spaces and revamping our routines, I’ve learned that even though I’m naturally scatterbrained, organization isn’t something that I either “have” or “don’t have” once and for all. Organization is a set of skills and habits that can be learned and honed over time.

And since we’ve been able to work on them, our house is no longer that cluttered train wreck that it used to be. We’re now able to keep our spaces organized and tidy most of the time, which has lowered our stress levels and has made our house the peaceful, calm, and welcoming haven we wanted it to be.

And I figured that if I– a scatterbrained girl with a tendency to leave a trail of projects behind me wherever I went– could learn how to transform our home in that way, others certainly could too.

Over the past several months, I have been working hard to put the most important lessons I’ve learned about organizing and habits into an easy-to-follow course called Impactful Habits, Organized Home. The course walks students through six essential organizing projects around the house while teaching them not only how to tidy up their spaces, but also how to build the important habits that will keep them that way for the long haul.

After running the course through a beta testing group and making changes and improvements based on their helpful input and suggestions, Impactful Habits, Organized Home is opening to the public today at an extra special low launch price.

This course was created for people who want to make organizing a priority and see lasting changes in their homes.

We’ll get rid of clutter, create simple organizing systems that everyone in the household can help to easily maintain, and work on changing our habits so that organization becomes a natural part of our day– something that we do without even thinking about it– rather than feeling like a dreaded chore that we never finish.

One of our course beta testers, Jessica, said,

“We had some decent systems in place before, and some areas that needed serious work. My biggest frustration with my home was that the kids (5 & 8) were being total slobs. I was picking up after them ALL THE TIME!

My eight-year-old is watching the course videos with me, and she’s filling out all the worksheets as we go along, so she’s invested. We’ve posted the habits we’re working on to the wall in the entryway so we can be reminded to put our shoes in the bins instead of leaving them on the floor. The piece we’ve been missing all these years is the habits to maintain the systems!”

If you’d like to see positive changes in your home like Jessica has, I hope you’ll join us for this course. Our cluttered spaces will only change if we do, and Impactful Habits, Organized Home is the tool that can help us get there. 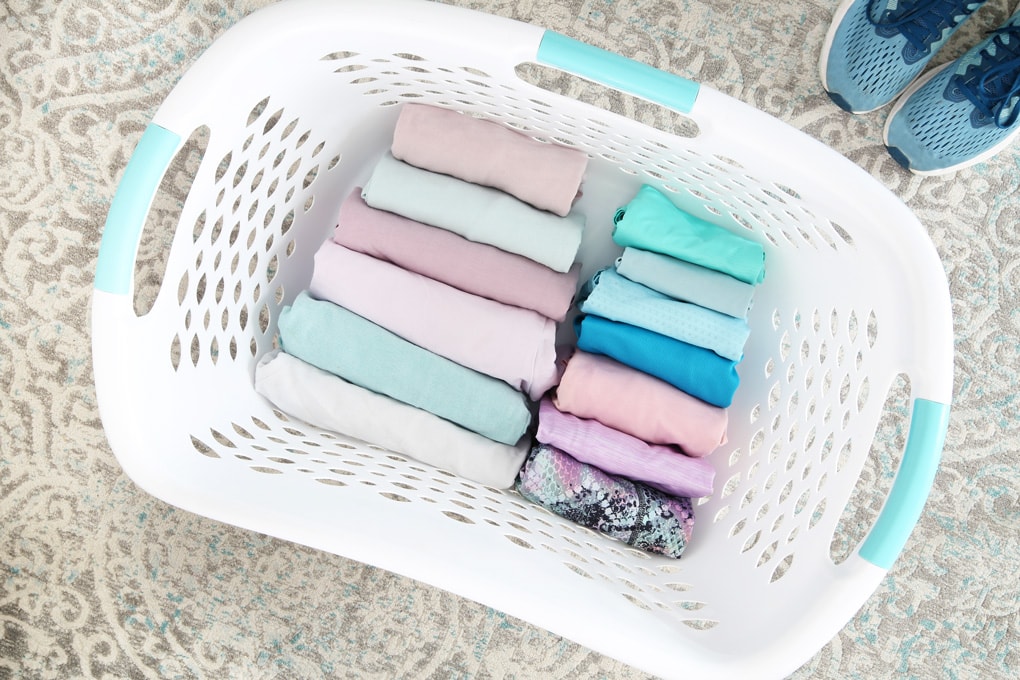 See you in class!