If you’re ever thought that you don’t have enough time to get organized, this post can help you figure out how to make organizing a priority again, even when life is busy!

I recently did a quick survey of my email subscribers, asking them what their biggest struggle was when it comes to getting (and staying) organized. I was thrilled that nearly 500 people were willing to weigh in, and after reading through each and every one of their answers, there was definitely one that I saw more than any other. Their biggest hangup?

I don’t have enough time to get organized.

I totally relate to that! There have been organizing projects that I have put off for literal YEARS (cough *basement* cough, cough) because I didn’t feel like I had the time to tackle them. Life is full and busy. I get it.

But I have found that if I dig a little deeper into my “I don’t have time” reasoning, it’s pretty rare that I don’t actually have time. There’s often a deeper reason at the root of the problem.

Why “I don’t have time” Is an Organizing Myth

Here are a few of those “deeper reasons” that have been true for me.

1. Getting organized is not a priority for me right now.

Most often, when I say “I don’t have time,” what I’m really saying is that organizing isn’t a priority right now. And sometimes the circumstances of our lives are such that organizing shouldn’t be or doesn’t need to be the priority.

A few years ago I went to visit a friend who had just been devastated by the loss of a close family member. One of the first things she said to me when I walked in was, “I’m sorry the house is such a disaster.”

This sweet woman’s world had just been turned upside down. Organizing definitely did not need to be at the top of her priority list. Not by a long shot.

Some people are dealing with a chronic illness or have several very young children who need their attention or are trying to get a new business off the ground.

I’ve had two major surgeries in the last 5 years, and while I was recovering both times, organizing was the last thing on my mind!

Whatever the reason, there are just some phases of life where organization is going to be put on the back burner. And in those instances, it’s completely fine to just acknowledge that it’s not a priority and allow yourself not to feel any guilt about it.

Sometimes giving ourselves grace is the best thing.

What if I just need some tough love?

But other times we may need to give ourselves a kick in the pants. There were a few organizing projects that I have wanted to complete over the past few months, but I could never seem to make time to get them done.

I would have said that they were a priority for me, but if I really looked at how I was choosing to spend my time, they clearly weren’t.

For example, as of the date of this writing, I have read 49 books this year. I would say I spent an average of six hours reading each one, so that is a total of 294 hours spent reading. (Plus, I am a chronic re-reader. I have spent numerous additional hours re-reading my favorite parts of those books– eek!)

Certainly if I would have devoted those 294+ hours to working on my organizing projects instead of reading for fun, I would be beyond done by now!

This isn’t to say that I shouldn’t spend any time reading. It’s important to make time for fun and set other goals outside of organizing, of course.

But if I was going to truly claim that my projects aren’t finished because “I didn’t have time,” I wouldn’t be stating the truth. A more accurate statement would be, “I didn’t prioritize getting organized.”

In my scenario, it would be easy to find a good compromise. Maybe I make an agreement with myself that I will do a half an hour of organizing before I dig into my reading for the night.

Maybe I can download the audiobook version of some of my favorite books and “read” while I organize. There are plenty of ways to make time for organizing without giving up other important things in my life.

2. I am overwhelmed/intimidated by the task.

If I’m being honest, whenever I say “I don’t have time” for organizing (or anything else, for that matter!), a second thing I often really mean is that I’m overwhelmed by the thought of the task. I may even be flat out scared of it.

I remember walking into my garage when it looked like this…

…with every intention of spending some time getting it organized. Instead, I walked right back out again because the task felt too big and scary to even begin.

But one day I finally couldn’t stand it anymore. My son Caleb was going to be at kindergarten for two hours and I decided to use that time to do as much organizing in the garage as I could.

I threw away trash. I taped up cardboard boxes to be recycled. I moved items that shouldn’t be in the garage back to their homes. I rearranged items and put things together by type.

And after two hours and spending $0, our garage looked like this:

It wasn’t perfect or “Pinterest worthy.” But it was tidy, I could find what I needed, and we could even park one of our cars in there! Win!

I had put off tidying up the garage for months, when in reality, it only took me two hours to make a massive improvement. Many times, the thought of tackling an organizing project is way worse than the reality of it.

It doesn’t have to go from disaster to perfection. Often just going from “disaster” to “marginally better” is enough to make a positive impact on our ability to use the space.

Maybe if we just put our favorite TV show on in the background and commit to working on the space for one hour while it plays, we can put a significant dent in that project that feels so intimidating.

Maybe we can send our significant other off with the kiddos for two hours on Saturday morning so they can bond and we can tackle a chunk of the organizing without distractions.

Or maybe we call a family meeting, set the timer for one hour, and all work together to see how much we can accomplish. (With some fun, upbeat music playing in the background. And maybe a trip to get ice cream afterward. 😉 )

The key is getting out of our head and just getting started.

And speaking of which…

Finally, one more common reason we give the “I don’t have time” excuse is that we just don’t know where to start.

This is another one I used to struggle with a lot myself. I am pretty naturally scatterbrained, so it wasn’t out of the ordinary for me to be found surrounded by piles of half finished projects and a “too hard pile” of objects I just didn’t know what to do with.

It seemed like other people were capable of organization, but I just wasn’t built that way for some reason. And it was frustrating.

But eventually, even though I didn’t feel like it came naturally to me, I started to work on getting better at organization. I realized that getting organized is just like everything else:

Just because I don’t feel like I’m all that great at it at first, doesn’t mean I can’t develop the skills and habits it takes and become better at it.

Eventually, organizing started to weave itself into my day to day habits and routines, and it didn’t feel so much like work anymore. I even began to love it, which is something I didn’t ever think I would say!

A Place to Start

After hearing from blog readers day after day and month after month about how they wanted to be organized but weren’t quite sure where to start, I began to document some of the habits and routines that have helped me go from “scatterbrained person” to “organized person.”

I began putting those habits and routines together with the organizing projects and systems that have helped our house run more smoothly over the years, and I am excited to see it coming together as an organizing course that will help anyone who doesn’t know where to start, feels overwhelmed, or needs some extra motivation when it comes to organizing.

The course is called Impactful Habits, Organized Home: Seamlessly Weaving Organization into Your Everyday Life, and it will include six organizing projects that will help you create solid systems in your home:

Along with walking through the steps of organizing each of these spaces, the course teaches essential organizing habits and routines that we can work into our lives to help us maintain our systems for the long term and not just fall back into disorganization.

Impactful Habits, Organized Home will officially launch in January 2020, but we’ve decided to do something a little different this time around.

We wanted to make sure that this course was absolutely as effective as possible for helping people get and stay organized, and we knew that the best way to make that happen was to listen to as much of your feedback as possible.

So next week, we will be doing a special, limited-time prelaunch of Impactful Habits, Organized Home.

For a few days, people will have the opportunity to snag the course at its lowest price. They will receive the first two modules– the introductory module and the first project (organizing the entryway)– right away. They will then receive the remaining modules as we finish them up and roll them out between now and the launch in January.

Not only will this prelaunch group get to have the very first look at the course (at the very best price!), but they will also get to give their input and affect the actual content of the course itself!

After the short prelaunch period next week, no one will be able to get their hands on the course for another two months, so there is only one chance to get in on this early.

If you want to make sure you are notified of the Impactful Habits, Organized Home prelaunch, you can sign up using the form below. 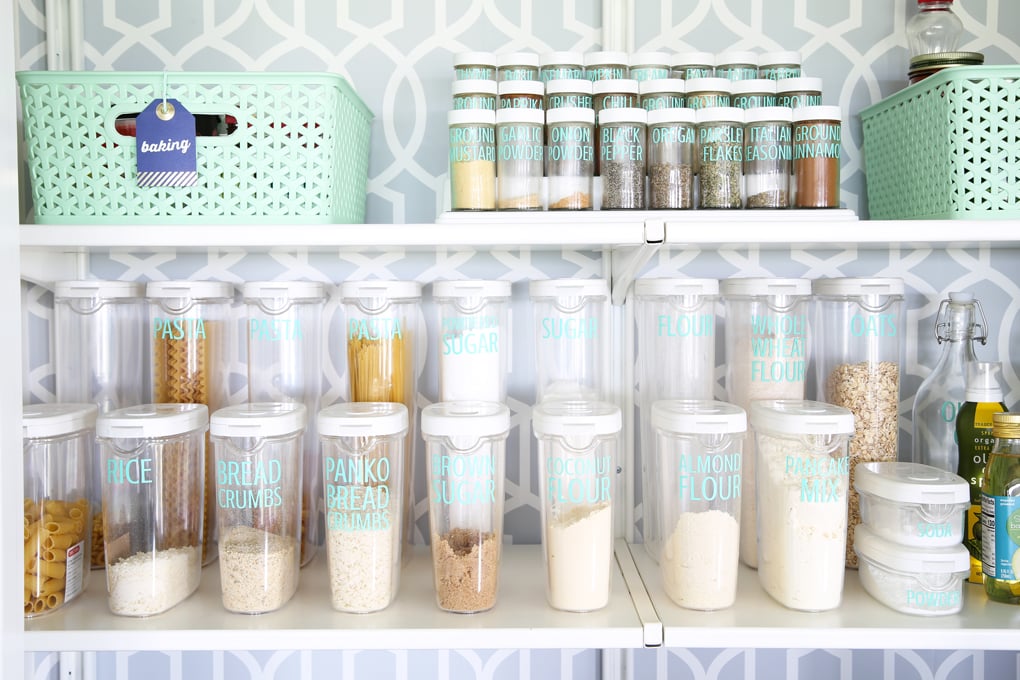 We are so excited to take these next steps toward getting more organized, and we hope you are too!

Keep your eyes on the blog (and if you signed up, on your email!) next week for even more info about Impactful Habits, Organized Home!

Have a great day!