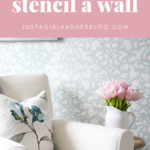 If you’ve ever wondered how to stencil a wall, don’t miss my beginner’s guide to allover wall stenciling! This step-by-step tutorial will make the stenciling process simple!

When I started to plan out my home office, I knew I wanted the back wall to make a statement. It will end up being a backdrop for a lot of photos and videos, so I wanted it to stand out. It should be easily recognizable, and of course be absolutely beautiful!

I considered several different ways of achieving this. I could have done some sort of wooden wall treatment like shiplap or board and batten. Or I could have chosen one of the many gorgeous wallpapers that I’ve been seeing pop up all over these days.

But in the end, I found myself coming back to the idea of a stenciled wall again and again. And though I had never stenciled a wall before, I figured it couldn’t be that hard…right? 😉 So I decided to jump right in! 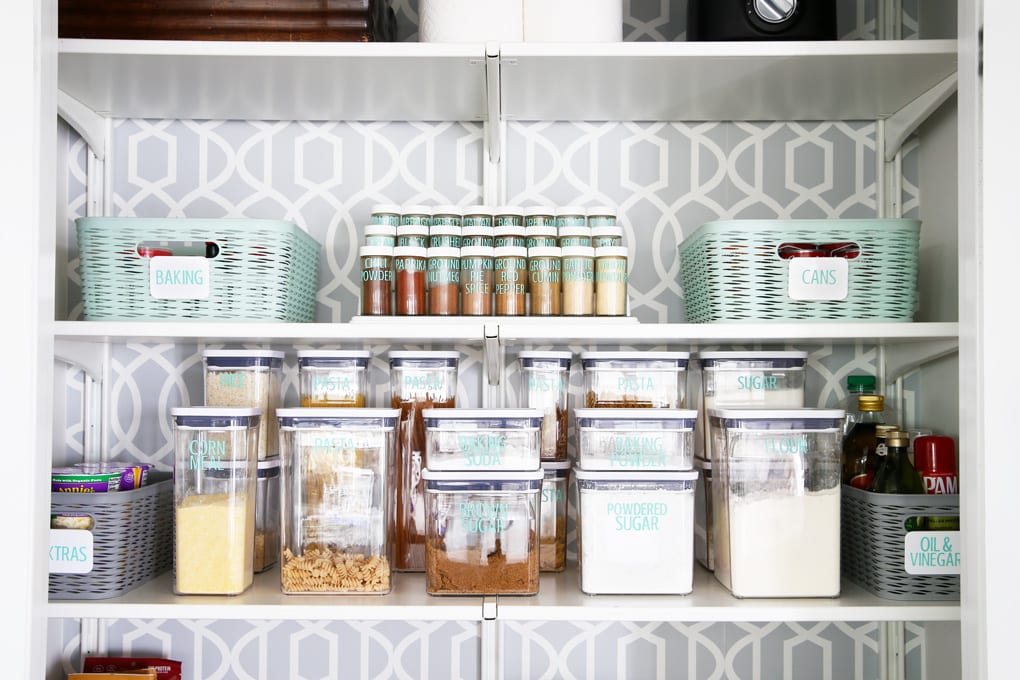 How to Stencil a Wall: Wall Stenciling Step-by-Step Tutorial

Here are the steps I used to stencil the large back wall in my home office:

I think the stencil achieved my goal of having a wall with “wow” factor! It definitely makes a statement in the room, and I love how it turned out!

I am excited to share a few more projects we’ve been working on in this space and, of course, the final reveal of the entire office soon, so stay tuned!! (Update: The office is done! See it here!)

How to Stencil a Wall: Frequently Asked Questions

I did the bottom the same way as the corners. So I taped off the baseboard, and then just lined up the regular stencil, which ended up overlapping the baseboard.

At the spot where the wall meets the baseboard, I pushed in the stencil with my fingers and used the smaller brushes to fill it in.

Our ceiling was just slightly not level, so I did go by the vertical line that we drew at the beginning, rather than the ceiling.

The stencil is pretty forgiving, though, and since it was only off slightly, I really didn’t have to compensate for it.

As of this update, I completed this project more than four years ago, and I am still loving the stencil wall! It has been the perfect photo backdrop and is a fun pop of pattern in my office!

Have you ever stenciled a wall? I’d love for you to add your best tips in the comments!

Have a wonderful day!