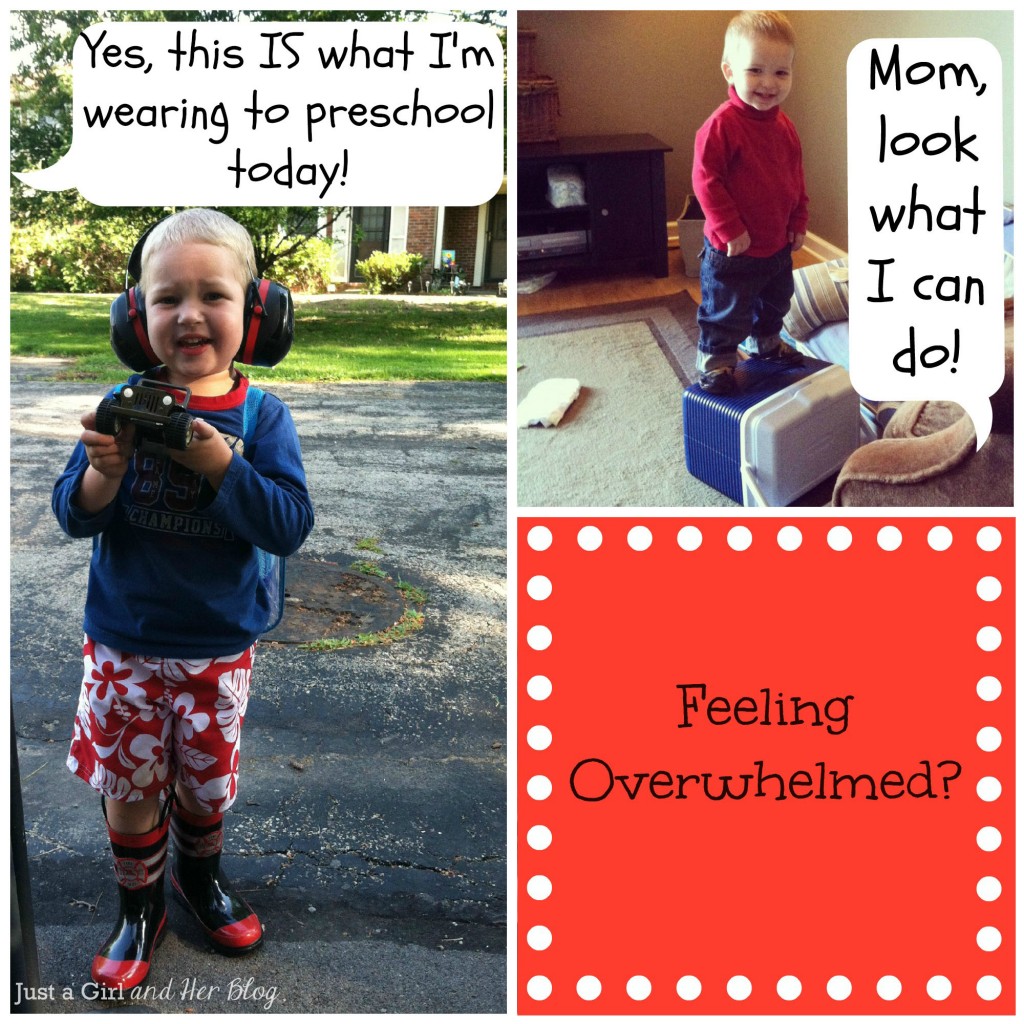 I have spent much of my “career” as a mom feeling overwhelmed. When Connor was a newborn, the thought taking him to the store without another adult to help me seemed incredibly daunting. What if he screamed? What if his carrier didn’t fit in the cart? And of course, where would I feed him if he got hungry? Now that I have two little Cs, I think, “Why did I think raising one child was such a big deal? Juggling two kids, now that’s tough.” {I’m totally not saying that taking care of one baby is a breeze. I think it’s like giving birth…once you are removed from it for a little while, you forget how tough it really was. ;)} And I’m sure you moms of 3+ kids are sitting there thinking, “Oh, honey, two kids is nothing. Try dealing with my brood for a day.”

At the tail end of a particularly overwhelming week, I sat down to look at a lesson that I was going to teach to a group of four and five-year-olds. It was the Veggie Tales version of the Gideon story found in Judges 6 and 7. If you’re a little hazy when it comes to your Old Testament Bible stories {as I was}, here’s a quick synopsis:

God sends an angel to Gideon to tell him to raise up an army to fight the big, bad Midianites. Gideon, of course, gives 1001 excuses as to why he can’t possibly complete the task—“My clan is the weakest. I am the least in my father’s house,” etc., etc., etc. But God promised to be with him and provide everything Gideon needed to complete the task He had called him to. So Gideon gathers an army, but God says, “Your army is too big.” Twice He has Gideon scale down his army until he is left with only 300 men {armed with trumpets and torches, no less}. Gideon gives his men the instructions he has received from God, they follow through, and of course God provides and Gideon’s tiny army is able to defeat the much larger band of Midianites.

Talk about overwhelming! Taking two kids to Wal-mart seemed like a piece of cake after reading this story! But I could totally relate to Gideon. As overwhelmed as I feel, as many excuses as I can come up with, God called me to mother my two Cs—not anyone else—me. And He promises to provide all of the tools I need to complete the task His way.

There are days where I feel like He is taking away most of my army and leaving me with almost nothing, but those are the days where I have no choice but to completely trust Him. The more I relinquish control {unheard of for a type-A personality like myself ;)} and let God be the Master of my life and my household, the less time I will spend feeling overwhelmed. The more rooted I am in God’s Word and His promises, the more He’ll show me how to raise the Cs in a way that’s pleasing to Him.

I don’t always know what God has in mind when He calls me to a task, but I do know this: God is always good. He always has a purpose that is greater than my own, and he is always, always faithful. So take up your torch and your trumpet and march on, mama. God will be guiding you every step of the way. 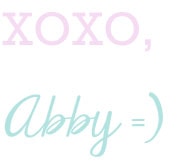