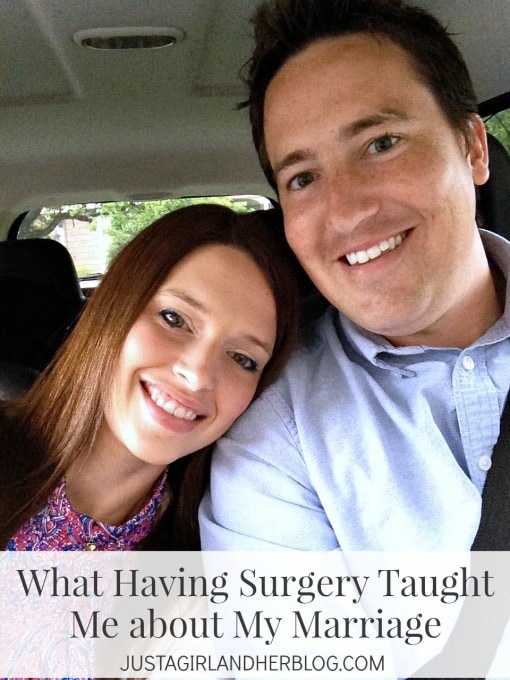 Surgery? Marriage? “Abby, have you lost your mind?” you’re thinking. I haven’t. (I hope! 😉 ) But I’ve had this post brewing in my head since I was recovering from surgery in July, and it was time to type it all out on my computer. If you’re new here and have no idea what surgery I’m talking about, I had a preventative mastectomy and reconstruction just over three months ago due to a genetic mutation that I found out about when I was 20. If you’re interested in reading the full story, I shared all of the details in this post. While I expected surgery to teach me life lessons as any major event typically does, I wasn’t thinking that my marriage would be one of the things I learned most about. 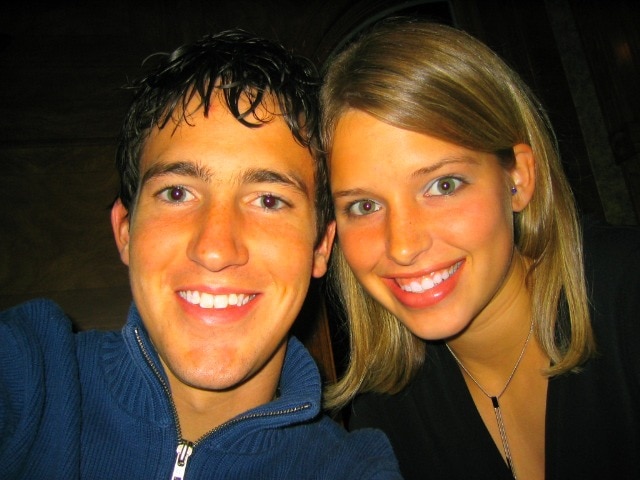 Don’t get me wrong, I already knew I had a wonderful husband. Donnie has been with me since the very beginning of this whole genetic journey. We were dating and in college when my mom was diagnosed with breast cancer, and it was his 21st birthday the day we found out that my sister and I were carriers of the BRCA1 genetic mutation that would cause us to go down the surgery road eventually. He has always been completely supportive, encouraging, and wise throughout everything. (This is not to say we have a perfect marriage. We have our share of fights and are both a little more stubborn than we would like to admit. I’m difficult most of the time and he has his quirks, too, but we get through it and at the end of the day, we’re a team.) 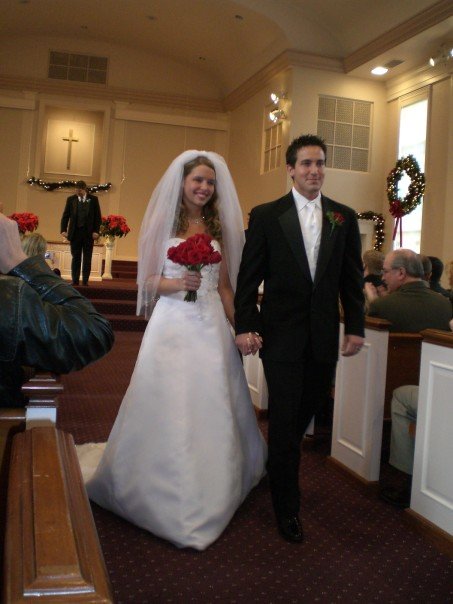 The thing I had never experienced before, though, was the feeling of being unable to do much at all on my own. I was completely reliant on others– a lot of the time on Donnie– to do just about everything for me. Donnie was working from home during the time of the surgery, so he would be in his basement office working for the majority of the day, come up to check on me, bring me lunch, wrangle the boys when needed, carry endless baskets of laundry and other things that I wasn’t allowed to lift…the list goes on and on. When the work day was over, he took over care of the Cs and once they were in bed, he would work on our bathroom remodel most nights. I spent most of this time laying on the couch, falling in and out of sleep, unable to even focus long enough to answer emails let alone muster the strength to do anything around the house.

He had to be exhausted. He had to feel stressed, being pulled in so many different directions. And yet he never complained. He just continued to serve and serve and serve, not expecting anything in return.

And do you know what I realized?

Most of the time, marriage is anything but 50/50. In fact during that time of my recovery, it was more like Donnie- 200, Abby- 0. Sometimes, even with things that are much smaller than surgery, one spouse is called on to give more, to be more, to help the other one more. Seasons of life change, needs change, circumstances change, and if through all these changes we’re insisting that everything stay 50/50, if no one is willing to give more of themselves, we will both lose in the end. 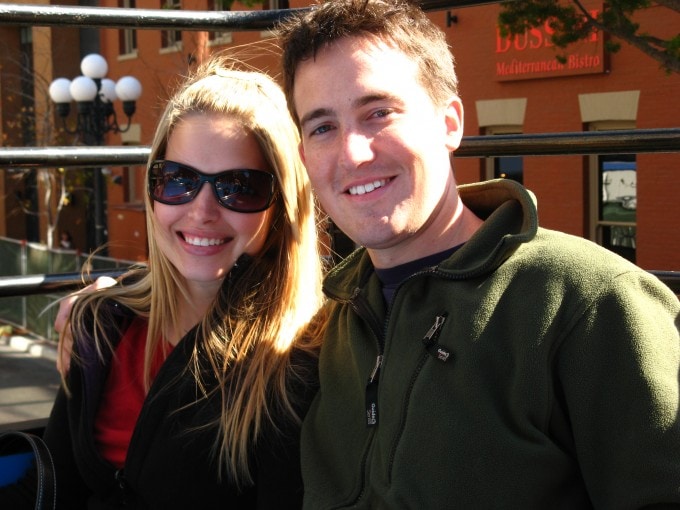 I am entirely guilty of insisting on the 50/50 rule. In fact, I think that many times I would insist on something more like 70 (on Donnie’s end) / 30 (on mine). I have had this “all about me” attitude when it comes to marriage. Instead of looking for ways to encourage Donnie or help him or make his day, I would be thinking, “Well why isn’t he doing X for me? Why isn’t he helping with X?” (When in reality he always has done a lot for me and the boys and others he sees are in need.) It was all about me, me, me. But when I was caught up in that selfish attitude, it wasn’t helpful for anyone. I walked around feeling bitter because I felt like he wasn’t doing enough, and he was feeling miserable because I was putting all this pressure on him to do more and more and more.

But while my sinful nature defaults to selfishness, what I’ve learned is that when I put my energy into doing things to serve my husband, into looking for ways to help him rather than demanding “Me, me, me!” all the time, our house is more at peace. Gone are the bitterness and resentment and the hard feelings. Gone are the tension and the fighting and the stress. And it has been amazing to see how much closer we’ve grown through this one little change. 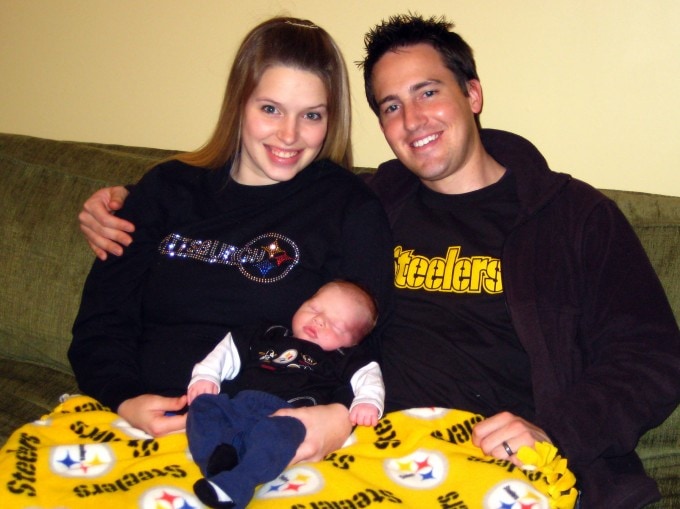 Donnie recently started a new job where he doesn’t work from home any more. He works longer hours and his schedule isn’t nearly as flexible as it used to be. I have taken on some of the things with the house and the Cs that he used to do because during this season of our lives, that’s what needs to happen for our family. And while there was a time in my life where this kind of change would have bred more bitterness in my heart, I’ve found delight in being able to do things to lighten his load and serve him a little more. I’m sure as the pendulum of need and responsibility continues to swing from one of us to the other during the duration of our marriage, we’ll adjust, we’ll give, we’ll sometimes need to take, and we’ll grow together through it all.

Of course we still have our days when we want to ring each other’s necks. 😉 Marriage is hard, no matter which way you slice it. But while going through a major surgery and recovery isn’t my favorite thing I’ve ever done, I am thankful for all of the things– especially the unexpected things– I have learned in the process. 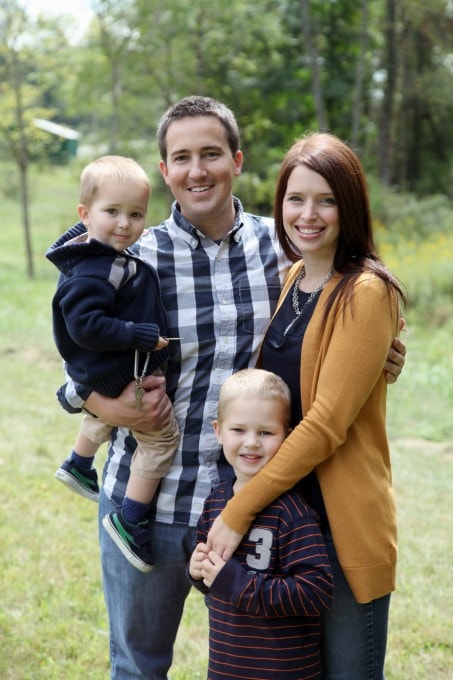 So thanks for letting me be a little bit mushy today. 🙂 Sometimes I just have an idea milling around in my head, and I know it’s something I’m supposed to share, though I don’t always know why. Give your spouse a hug and tell them you love them today… and maybe look for an extra special way to love on them too!

Have a wonderful week!