On my blogging editorial calendar today it says I will be posting about the Cs’ labeled toy bins. I will post about them at some point {and about how much I love the way they’ve helped us keep the main living area more toy-free– woohoo!}, but today is not that day. For some reason last night when I sat down to write out the post about toy bins, words for this post started flowing instead. I’m having surgery on Monday. And part of me felt like I just wanted to have a record of what was going through my head in the days just before so I could look back on it or my boys could look back on it and see my journey. So I guess you could say that this post is more for us than for anybody else, but feel free to follow along if you’d like. 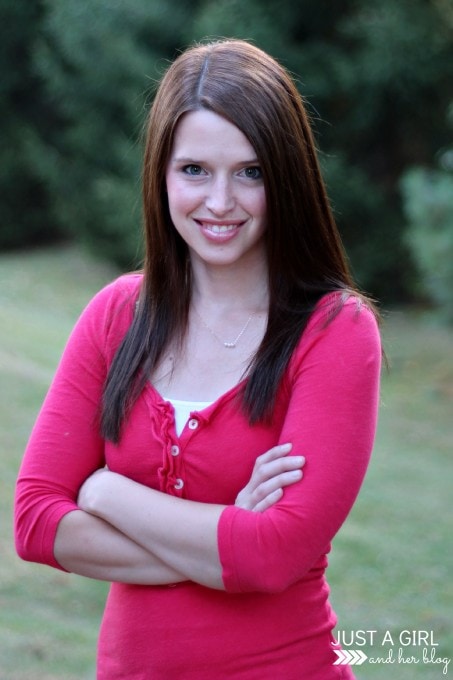 Depending on how long you’ve been following my blog, you may or may not know why I’m having surgery or what that’s all about. I told my story in detail waaaaaaayyyyy back in this post, but here are the cliff notes: My grandmother (my mom’s mom) died of breast cancer when she was 35. When my mom got breast cancer at the age of 43, she was tested and confirmed to have the BRCA1 genetic mutation, which gives her an extremely high chance of getting breast cancer again or getting ovarian cancer. {Thankfully, 10 years later, she is perfectly healthy and doing great now.} Since she tested positive for the gene, my sister and I were also tested for it, and we were both also positive for the same genetic mutation and both have the same super high chance of getting breast or ovarian cancer. When we found out, I was 20 and she was 17. It was a big deal then, but we knew we wouldn’t have to make any decisions for a while, so life moved on. I got married, had kids, and now all of the sudden I’m 30 and it’s decision time. On Monday morning I will be having a preventative bilateral mastectomy and reconstruction in order to greatly reduce my risk of breast cancer. This week I’ve been a busy little bee trying to get everything ready.

On Monday I went to the grocery store and pretty much cleared them out. Food, toiletries, paper products– you name it, I probably bought it. Not that Donnie won’t be able to handle grocery shopping if and when that job falls to him in the upcoming weeks, but I found some sort of comfort in knowing that at least my boys will have everything they need while I’m out of commission. 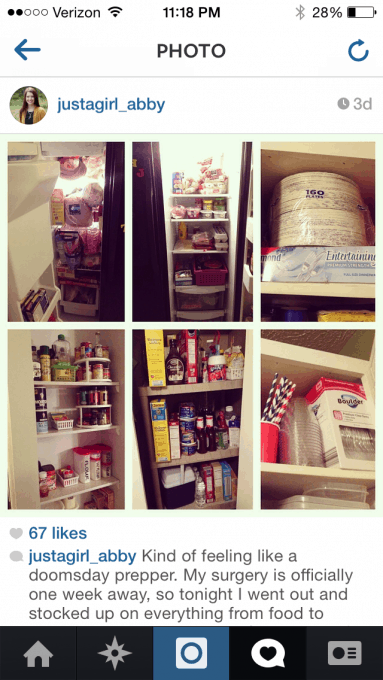 On Tuesday my mom and her best friend came over and deep cleaned every inch of my house. I helped, but they were seriously on a mission– our house has never looked so sparkling clean! I don’t know that I’ve ever felt so humbled in my life. Sometimes it is much easier to be on the giving end of something like that rather than the receiving end. For someone to give me the gift of a less germ-y environment to recuperate in and to give my boys a clean slate to start off with– it’s just amazing to me. So, so humbling. I’m so incredibly thankful for them.

On Wednesday I spent time reading through reminders of what to bring to the hospital and what to have on hand for when I get home. Yesterday I went out and bought all of the stuff that I forgot. {And I didn’t think there was anything left after my trip on Monday!}

All of my guest posts are scheduled. We’re nearly done with the bathroom project we promised ourselves we’d finish before my surgery. The Cs are prepped as much as possible and know what’s going to happen over the next few weeks. There’s not much left to do now but wait. {And answer all of those comments and emails that I’m so behind on… oops!}

Would you believe that I honestly thought I wouldn’t be nervous about it at all? I’ve always thought, “I’ve known about this thing for 10 years! By the time it comes around, I’ll just be so thankful to get it over with I won’t care about anything else!” And while I am looking forward to not having to feel like a ticking time bomb, just waiting for breast cancer to happen to me at any moment, I’m nervous. Up until this point, I hadn’t given much thought to what life would be like if I didn’t have this genetic thing. As surgery day looms closer, however, I find part of me wishing that I was just “normal.” {Whatever that is, right?! 😉 } Last night at dinner Donnie asked how I was feeling about everything. I confessed my nervousness to him and he, being oh-so-wise said, “But Abby, maybe not being “normal” in this circumstance will allow God to use you or teach you or grow you in the way that He wants to. His plan is so much greater.”

The man could not be more right. {I snagged a good one, huh? 😉 } I think back to the words of a song that my mom listened to over and over when she was going through her cancer battle. It said, “But even when I cannot see Your hand, when You move in a way that I would not have planned, still I will worship You.” I love that. If anything, having this genetic thing has made me even more confident that God is who He says He is and that His way is higher than ours. You see, in Psalm 139 it says “For you created my inmost being; you knit me together in my mother’s womb.” He knit me together. So that means that this gene might be a mutation, but it’s not a mistake. It’s there on purpose, and while I may never understand why, I don’t have to because I trust that, as the Psalm goes on, “I am fearfully and wonderfully made,” mutation and all. 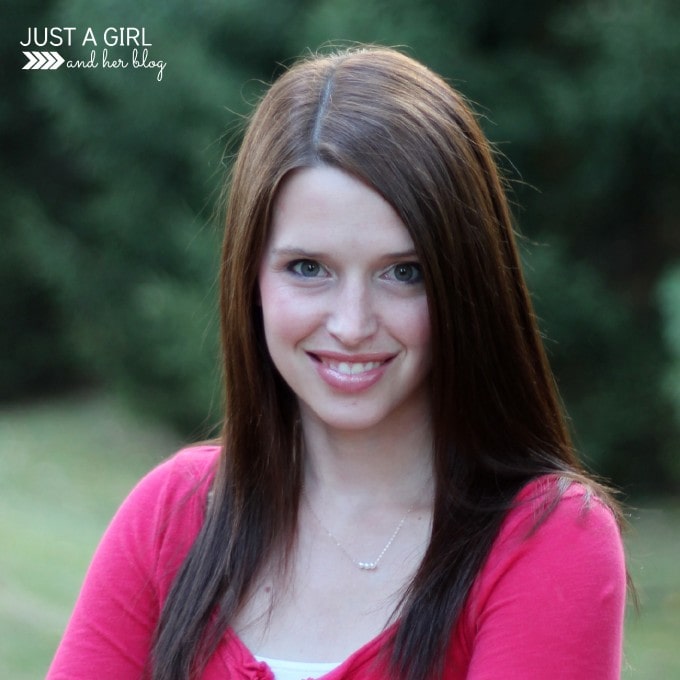 So I ask you to forgive me in advance for being more out of touch than usual. I apologize for all of the emails that I know will probably be answered horribly late and for all of the comments that won’t be responded to in a timely fashion. I’m going to try to update Instagram and/or Facebook when I can (or have Donnie do it if I can’t) to try to keep people in the loop about how things go on Monday, but I’m not really sure what to expect, so we’ll see how it goes.

Thank you so much for the amazing outpouring of support you’ve already given me as I prepare for this day. I’ve said it before, and I’ll say it again: I have the best readers in all of blogland! I have an incredible slew of guest posters coming up over the next several weeks, so be sure to pop by the blog and meet them on Monday– they’re awesome! So until I can check in here again, be well, and if you think about it, I’d appreciate your prayers on Monday. Thanks so much– hugs, friends!!! <3