It’s hard to believe that we’ve been in our new house for more than 8 months already! Sometimes it feels like we just moved in yesterday, and other times it feel like we’ve lived here forever! 🙂 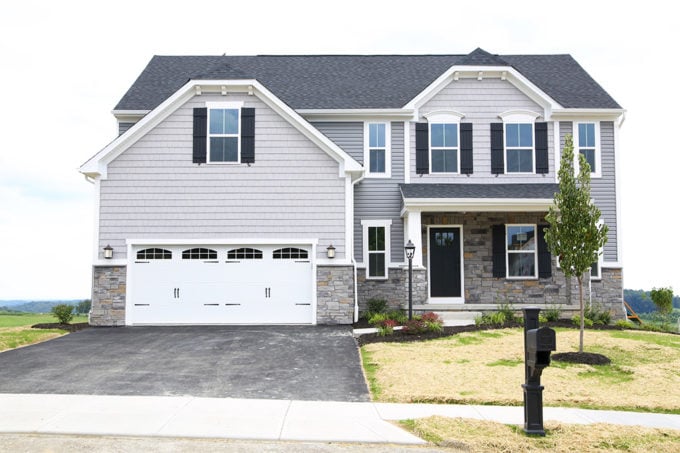 the exterior of our house on the day we moved in

Before we moved to our current house, we had lived in the same little townhouse for just over 7 years, so it had been a while since we’d moved and adjusted to a new place.

And there were a lot of things that I had forgotten about.

You see, I tend to be a bit  of an optimist. When I thought about moving in to our house, I thought that we would just plop down the boxes, unload everything, put our furniture in place, and be good to go!

In actuality, there have been several things that have surprised me about adjusting to a new house. I wouldn’t call them bad surprises. I’m actually REALLY enjoying the process of making our house a home, and all of these things are part of that. But since I was sort of taken aback by some of these changes, I figured that others who are moving would experience them as well, so I thought I’d write them all down as a little “heads up” for people so you can know what to expect much more than I did! 😉 Here we go!

5 Things That Surprised Me About Moving into a New House

Moving from a house that was pretty much exactly how I wanted it to a totally blank slate was more of an adjustment than I thought it would be. By the time we left the townhouse, I had decorated and organized nearly every inch of our space. I had routines and systems in place and felt like everything ran smoothly and efficiently.

And then we moved.

I LOVE our new house! Love, love, LOVE it!! But there are a lot of unpainted walls, blank spaces, unorganized areas, undecorated rooms, routines that could use some work, etc. etc. etc. And I am so looking forward to working on allllll of those things as we continue to get settled in!! It just surprised me that I’ve kind of missed that “settled” feeling I had in the townhouse. 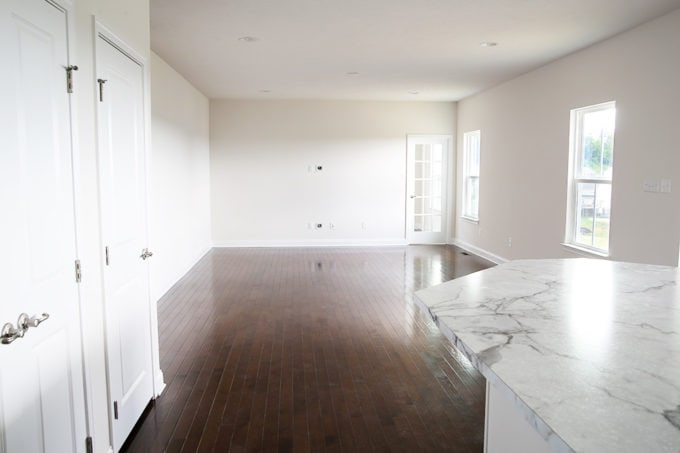 our living room on the day we moved in

2. You’ll have the urge to get everything decorated and “done” right away. Resist.

So if you haven’t figured it out yet, I like order. I like everything to be in its place. I like our spaces to be functional and beautiful. So of course my first instinct when we moved in was to get everything done as quickly as possible. I wanted to organize and decorate allllllll the things, and for some reason naive little me thought that I could do that in the first month we lived here. HA! 🙂

The truth is, it takes time to “get to know” a house. The space is laid out differently, the way you *think* you’ll use a room may end up being different from how you *actually* end up using it, the furniture arrangement you thought would be perfect actually isn’t ideal at all, etc. I am a planner for sure, but as much as I planned, there were things we learned from just living in our space that we wouldn’t have been able to figure out any other way.

Because of this, I have tried to resist the urge to furnish and decorate every single room right away. Yes, there were some things that were necessities– the boys didn’t own beds, for example, and several rooms didn’t have any light sources, so we had to address those needs ASAP– but for the things that aren’t needed NOW, I’m trying not to make hasty decisions in the name of getting things “done” that I may regret later. 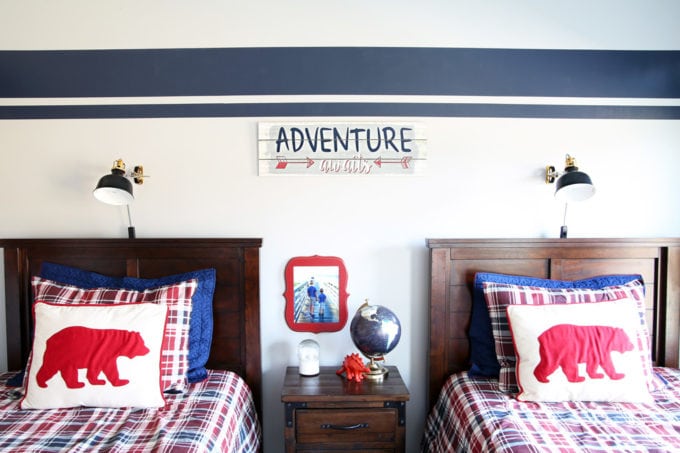 My boys’ room, aka the only room in the house that is completely finished…for now!

3. There will be more expenses than you think.

At least there were more expenses than I thought there would be.

I knew that moving to a new house was going to involve some extra expenses, but I don’t think I foresaw exactly how many. As I mentioned above, many of our rooms were in need of light fixtures. All of our window treatments from our last house stayed there, so we had to start from scratch with those. 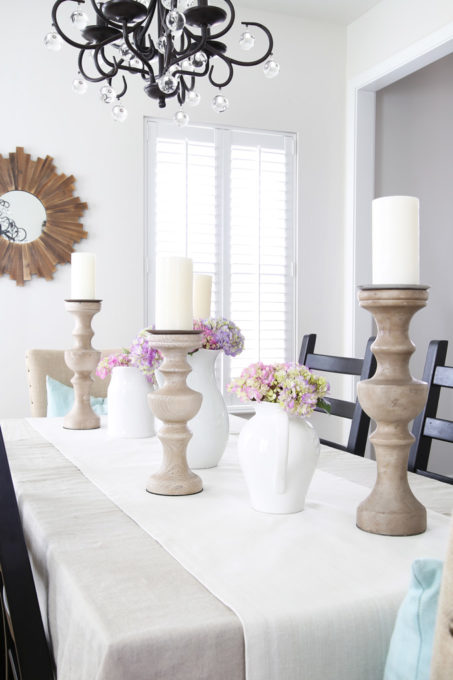 Our new house has doors out to where a deck or patio could be, but no actual deck or patio, so we’ll need to add that ourselves, which will be a fairly large expense. We left most of our storage pieces at the townhouse because they were custom-ish to that house, so spaces like my office and our garage and basement are in serious need of storage units. 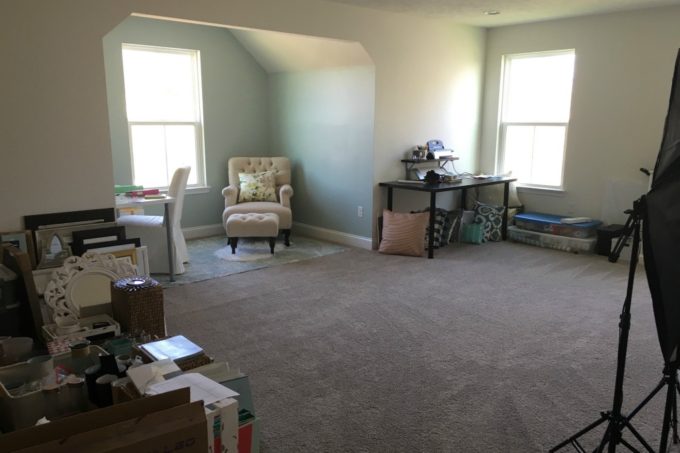 My office– in serious need of storage pieces!

Since our new house is larger than our old house, we have purchased/will need to purchase some additional furniture. We have barely done any painting yet, but when it comes time for that, that will be another expense.

Everyone’s list will be different depending on the house they’re moving into, of course, but be sure to budget for some of those added expenses when you move!

4. A lot of the furniture you have won’t fit in the spaces where you need furniture.

The furniture situation has been one of the things that has surprised me most! It’s almost comical! We have several furniture pieces that don’t really have a home in the new house, and we also have a lot of blank spaces that could use a piece of furniture; however, none of the extra pieces we have seems to match up with the open spaces that need furniture. Go figure! I see a lot of time spent on Craigslist in my future… 😉 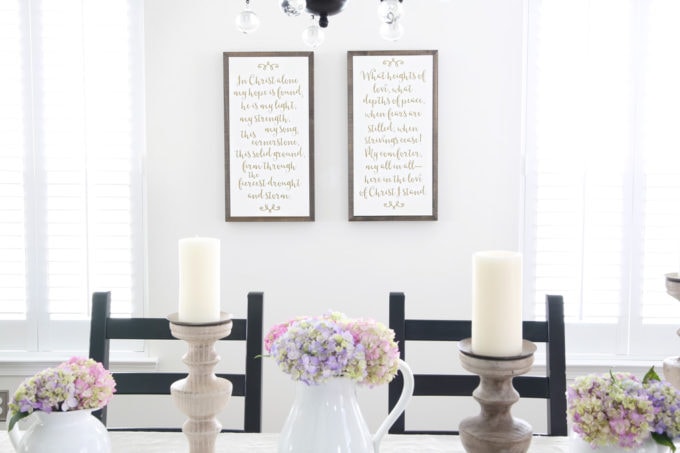 I would love to have a little buffet under those canvases…eventually!

5. The organizational systems that worked perfectly in the last house may not work at all in your new house.

Honestly, I thought organizing our new house would be a snap. I had good systems in place in our last house, so I just thought that I’d do the exact same thing or similar in this house and we’d be good to go… except a lot of the items I used in our last house don’t fit in this house, even though this house has more square footage.

For example, I didn’t realize it when we lived there, but for being a small-ish home, the townhouse actually had fairly large closets for storage. With the exception of the master, all of the other bedroom closets in the new house are smaller than the townhouse closets. Because of this, we’ve had to maximize every inch of closet space and really get creative with storage in some of the bedrooms. 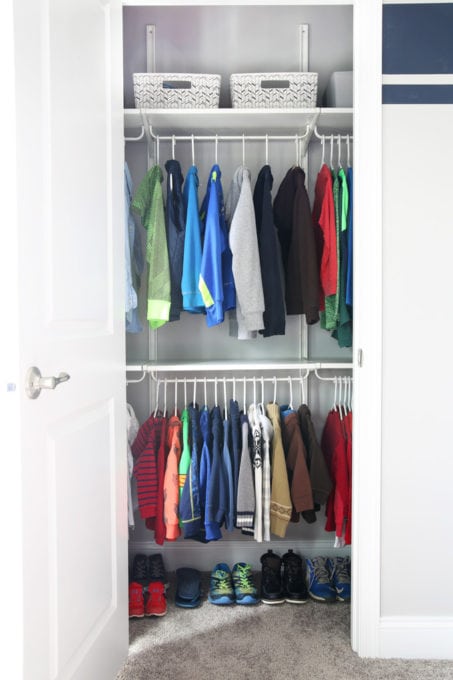 There was also a lot of room under the sinks in the bathroom vanities in the townhouse. And while the under-the-sink space is probably about the same in this house, it is set up differently. Our last house just had one big open area under the sinks; this one has a smaller open space but also has a few drawers. As a result, the cute little drawer organizers that worked perfectly in the townhouse, don’t work well at all here. 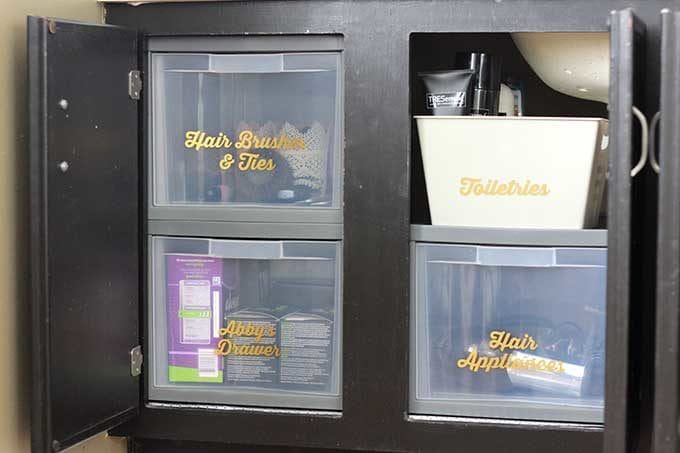 These cute drawers worked perfectly in our old house…not so much in this one!

I could list several more examples, but all this to say, I’m ending up needing to rethink the pieces and systems I use to get organized, which isn’t something I expected to have to do.

So those are the 5 things that surprised me most about the move! I hope this post didn’t end up sounding like a rant. I’m so, so grateful for our house and am LOVING the process of figuring out the ways to make it work best for us! But since I was surprised by some of these things, I just thought I’d give a heads up to others as well so they would have more realistic expectations than I did!

Thank you so much for following along with our journey!

If you missed our previous other moving / building posts, you can catch up here:

32 Simple Ways to Get Your House Ready to Sell

The Art of the Move: Packing Up Like a Pro

Our New Home: A Preview

The State of the Move: Some Updates

Our New House: The “Before” Photos

5 Things That Surprised Me About Moving into a New House (You’re here!)

Was there anything that surprised you about moving into a different house? What would you add to my list? I’d love to hear your thoughts in the comments!

Hope you have a wonderful week! 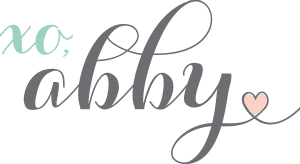