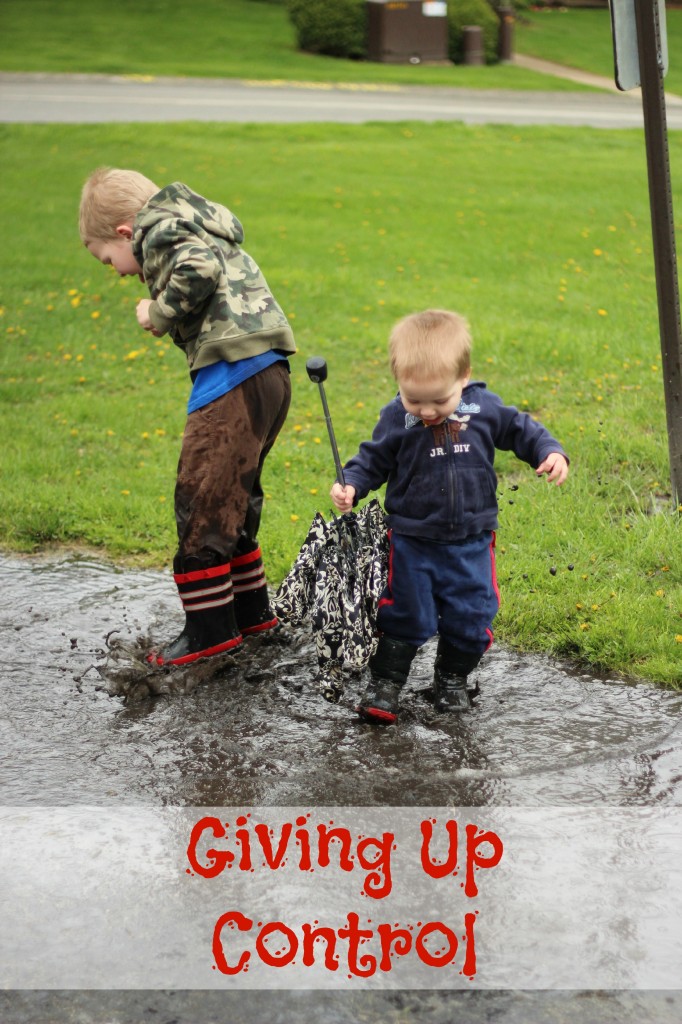 I recently had one of those embarrassing experiences that we dread as moms. I was in a hurry, but I needed to run into the pharmacy and pick up a prescription. I rushed the C’s out of the car and into the store and knew right away it was going to be bad. First, there was a line. We would have to wait, a recipe for disaster with toddlers. Second, I had just carried Caleb (age 1 1/2) instead of putting him in a stroller, and he immediately began squirming and squealing to get down. Connor (age 4) quickly found a display of canes {because they always have those at the pharmacy…?} and started pulling them out of their bin one by one. While still wrestling with Caleb, I tried to pull Con away from the canes and he obliged, only to start playing with a swinging door that separated the pharmacists from the rest of the store.

When it was finally my turn, I told the pharmacist my name over Caleb’s yelps, his hands and feet still flailing in all directions. She looked… and looked… and looked. And then she proceeded to inform me that no one had called in a prescription for me. Embarrassed by my kids’ behavior and annoyed because the nurse had specifically told me that she had already submitted my prescription to that pharmacy, I hauled the C’s back out to the car to try to figure it out.

I called my doctor {while standing outside the car since both boys were screaming inside}, we figured out what had happened, and she agreed to immediately resubmit my prescription. Taking a deep breath, I got back into the car, calmly explaining to my boys that we would be going back into the pharmacy and setting some ground rules for their behavior. Having learned my lesson the first time, I put Caleb into the umbrella stroller, asked Connor to hold my hand, and off we went. It was a totally different experience. Caleb sat quietly in his seat, occasionally pointing to an item in the store and naming what it was. Connor stayed by my side and waited patiently while the pharmacist filled my prescription. I paid for it, and we headed back out to the car.

As I drove home, reflecting on what had just happened, I realized that the two drastically different scenarios that had just played out were a lot like my spiritual life. When I’m rushing around trying to do everything on my own, too “busy” to stop and seek the Lord first, my plans often get thwarted and I end up like a screaming toddler, frustrated because things aren’t working out and doing everything in my power to do what I want to do. But when I take the time to set some “ground rules” with the Lord by reading His Word and spending time in prayer, I’m able to have an eternal perspective. Things still get crazy sometimes, but instead of those situations turning into a big, chaotic mess, I’m able to take a step back and give them up to God.

God didn’t just create us and then leave us to fend for ourselves. We were made to be in relationship with Him.  He wants us to spend time with Him and invest in that relationship. In return, our “spiritual fruit”—love, joy, peace, patience, kindness, goodness, faithfulness, gentleness, and self-control—thrives and we are able to live more purposeful, intentional lives, lives focused on Him (Galatians 5:22-23).

So what will we choose today? Will we continue to try to control our own lives, a road destined for failure? (Believe me, I’ve tried!!!) Or will we give it all to God, invest everything in that relationship, and allow Him to be in control?